During the 19th century this cultural center was the “Casa de la Caridad” (Charity’s House). It carried out charitable functions and was also the place for workshops of textile manufacturing. These activities served mainly to clothe and feed the hospice population, but also the Casa de la Caridad thought the workers (some started at 14 years old!) a profession for when they left. One of the most profitable workshops was the print-shop school. 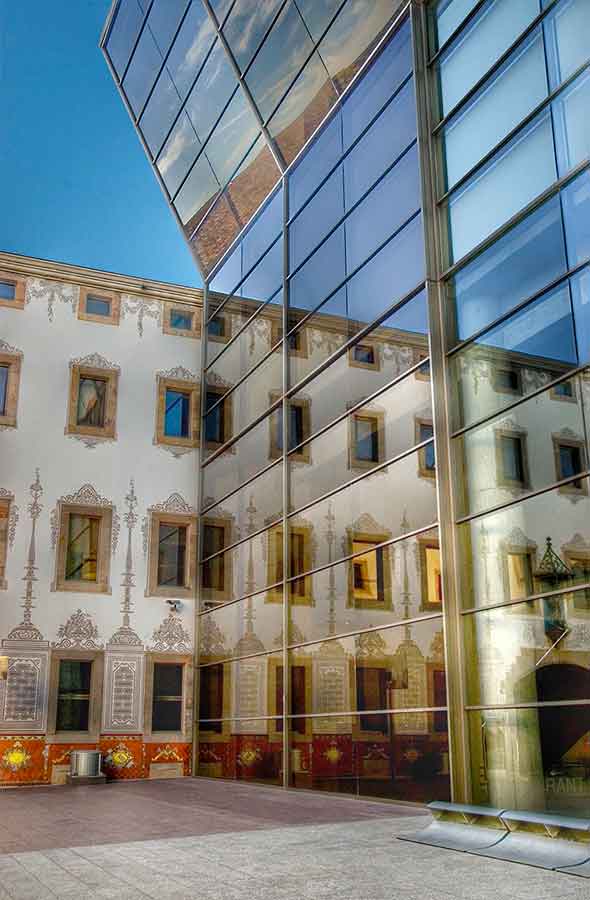 During the 19th century, this institution was transferred to another location, un-occupying the building for around 30 years when the Barcelona city hall approved the creation of the Barcelona's Contemporary Cultural Centre (CCCB in Spanish). This was part of a project to rehabilitate the Raval quarter.

The CCCB opened with a total surface area of 15,000 m2 of which 4,000 was intended for art-gallery space. The central building includes multipurpose spaces such as the foyer, the “Pati de les Dones” courtyard and the “Mirador” hall. Further it has lecture halls and an auditorium.

The garden is free always, 365 days a year while during the summer the CCCB organizes open-air movies that always counts on high number of visitors, tourists, and locals.