The Jewish Quarter of Barcelona exists as such since 1391. In this year an anti-Jewish revolt forced the inhabitants of the area to leave the city or to change their religion to Christianity. During the revolt more than 200 people were killed. In Catalan the area is known as “call“, possibly from the Hebrew word “kahal” meaning “Jewish” or “Jewish Quarter“. 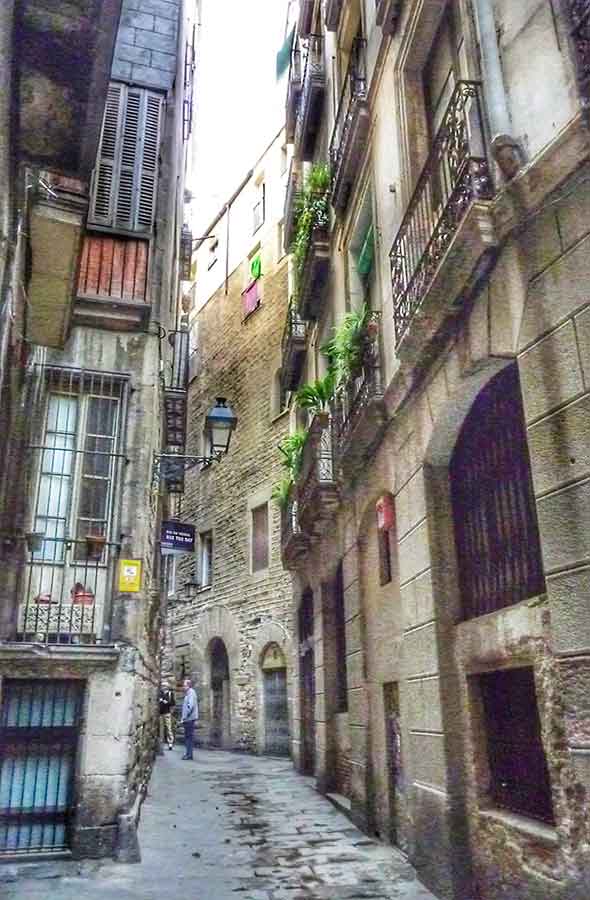 This neighborhood is located in the heart of the Ciutat Vella District, consisting of a narrow streets that seems very easy to enter but are very difficult to leave … It’s like a loop that absorbs you. The Jewish Quarter of Barcelona was a gated community where more than 5,000 people lived. Here you can find the oldest Synagogue in Europe!

The neighborhood was surrounded by the streets Call and Banys Nous, where you can still see some parts of the Roman wall. Further it was limited by the Baixada de Santa Eulàlia and the street Sant Sever Honorat.

Do not forget to visit the Sant Felip de Neri square, located in the heart of the Jewish quarter. It’s silence and intimicy will impress you.