The roman city of Barcino (today Barcelona) was a surrounded by a defensive walls and already in the second century it had about 4,000 habitants and –as each Roman city- was very good planned. The defensive wall was very simple and with few towers.

The Aqueducts that you can see next to the Barcelona’s Cathedral or in the Duran i Bas street were supplying the water from the river Besòs and the Collserola mountain to the city. 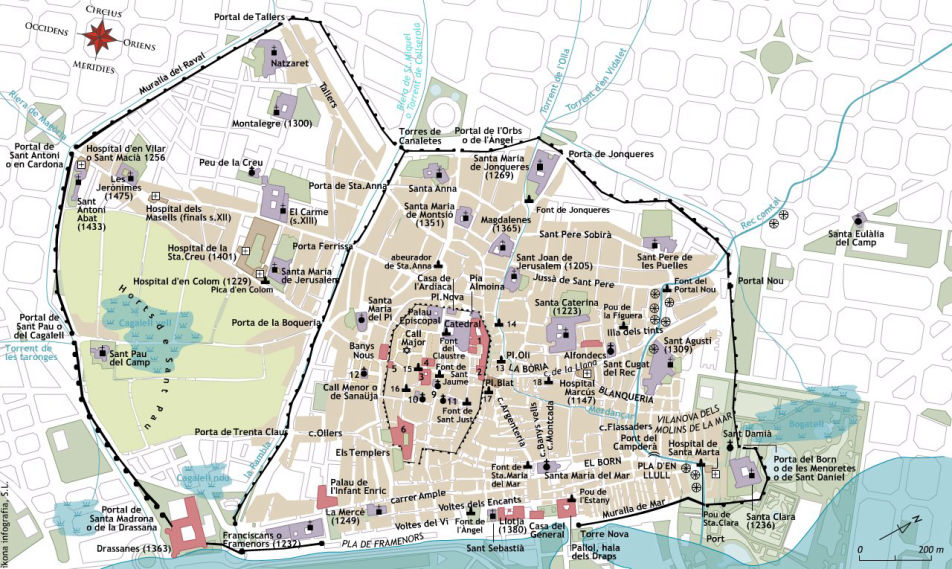 Much later, French and German raids provoked to re-build this wall to a double wall with a space in between and fill it with stones. Note that some remaining clearly show that also sculptures, tombstones and other architectural elements were used to fill the space between the walls! The wall also was made higher, up to almost 8 meters. At this time, the wall had 74 towers and 4 main entrances.

During the following centuries, the walls became part of the civil constructions -like houses- and for that reason at current most of the wall is hidden from our eyes. Still, you can see some good parts in the Portal de Santa Madrona, located next to the Maritim Reial Drassanes Museum. Additionally, next to the Barcelona’s Cathedral you can see the Aqueducts and 2 of the towers.