Although there is not much information about the origin of the building, it is believed that the construction was carried out between 1283 and 1390. This former shipyard is located by the outside the walls of roman’s fortifications and next to the sea just in the end of Las Ramblas.

The building is a square set composed of a succession of Gothic buildings built on stone pillars and a tile roof, creating a spacious and sunny interior where you could work with ease. During several centuries the building served to construct and repair ships, mainly warships. 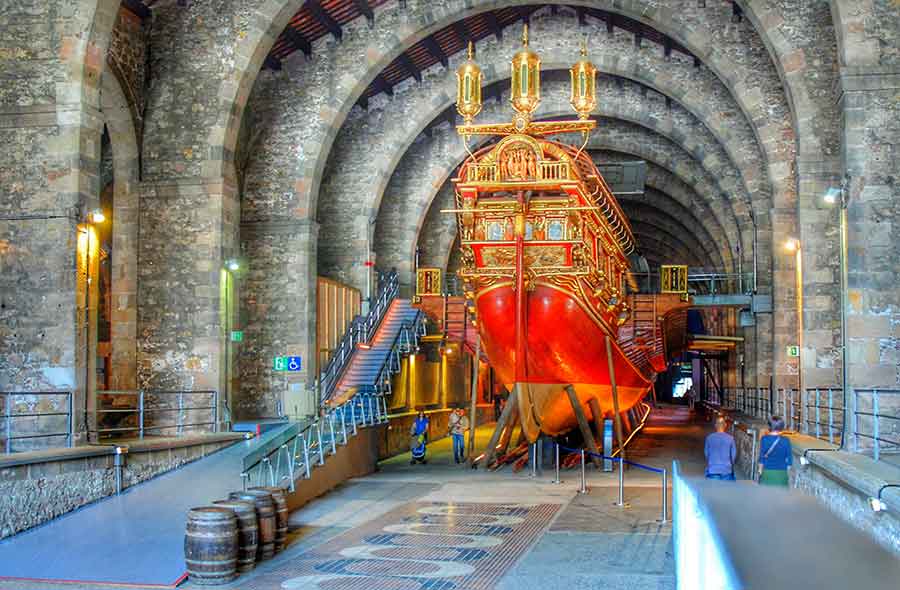 Further work to extend the original building added 3 more wings. The first of these coincided with the expansion of the Roman’s wall itself and that is why even today you can see how this building is attached to, almost integrated in, this wall. In fact, this part of the wall has been the only part that survived the rebellion of 1854.

When in 1936 the civil war broke out, the soldiers that were using the buildings left. Later it was decided to allow the Museu Marítim of Barcelona to use the facilities. After the war a necessary rehabilitation took place and this allowed also other exhibitions in the same building.

The exhibition is worthwhile your visit, but most of all we recommend to take a look at the main building: It is of an admirable size and architecture, yet simple and clean.

Don’t forget to visit the “Ninot” of the Market, that is exposed here.