The Born Quarter is part of the Ciutat Vella District (Old City in English) of Barcelona. It has been a neighborhood that has evolved with history: during the Medieval period there were many jousts (on the Paseo del Born), executions and even the burning of witches. However, the area became prosperous from the 13th century when trade routes were established. During this centuries, this area was the city economical center, for that reason, the bussiness people built theirbig palaces, as you can still see on the Montcada Street. 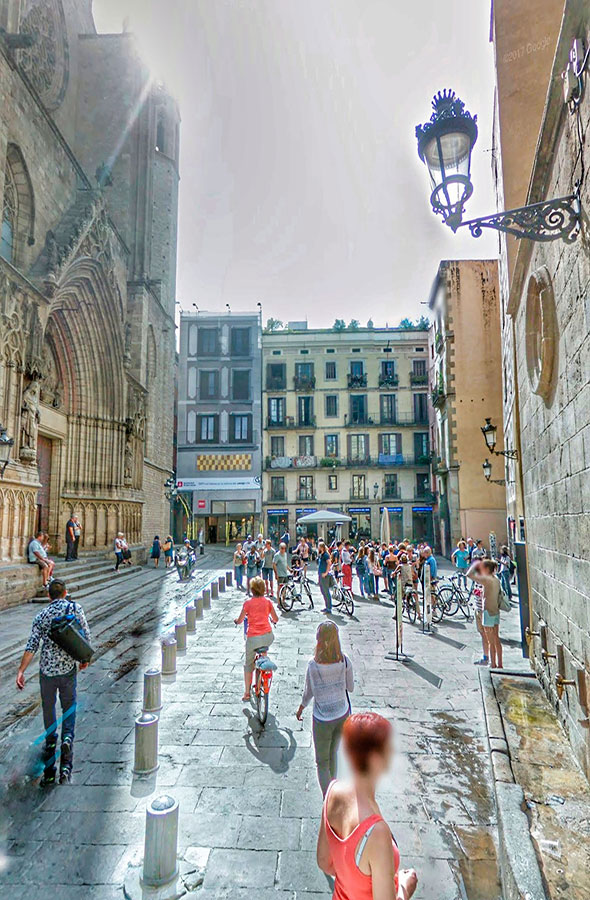 In recent years, after the restoration works have come to light impressive taverns, chimneys, wells, restoring a sense of authenticity.

Its labyrinth of narrow streets where the medieval and old mix with the distinctive and new. It has several tourist attractions, but the most impressive place of interest is undoubtedly the Santa María del Mar Basilica. At the north of the Born we find the Palau de la Música Catalana, a jewel of modernism and Artistic Heritage of Humanity by UNESCO .

In the Ciudadela Park you will always find people walking, playing sports or playing with their pets. If you go with children, do not forget to visit the Barcelona’s Zoo which is next to the park.

In the Born Quarter you will also find one of the most important museums in Barcelona, the Picasso Museum is an essential visit.

El Born has a unique charm, something that you can only appreciate once you have experienced it yourself.