The Catalunya Square with more than 30.000 square meters is the third largest square in Spain and is the core that connects the old city with the expansion, the Eixample District, which was constructed when the city walls were demolished.

In Roman times, this place was nothing more than an esplanade, situated just in front of one of the main gates: the Portal de l’Angel. From this esplanade the different paths that connected Barcelona with other populations started, obliging all people and merchandise to pass through. It soon became like an open air market, similar to La Boqueria. 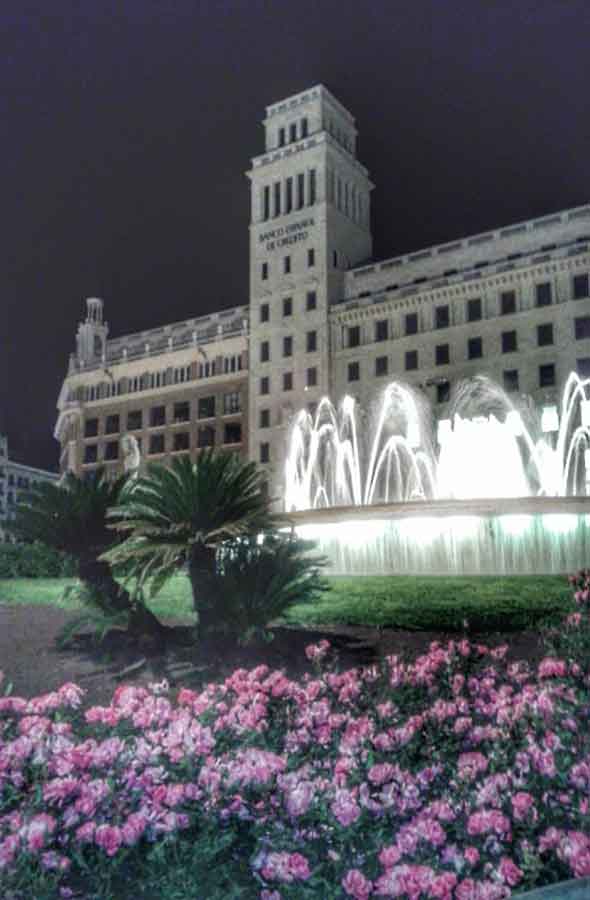 When the walls were demolished the construction of the Eixample District began according to the guidelines of "Cerdà’s urban plan". This design did not include any square at this point, because Cerdà plan thought of the Gothic Quarter as "the periphery". Another plan however, the "Rovira plan", did provide for a large square in this area. This plan finally triumphed.

Coinciding with the World Exhibition, held in Barcelona in the year 1888, the city hall further developed the square. They had to expropriate and demolish several buildings and homes that were occupying this space at that time. With the World Exhibition of 1929, also held in Barcelona, the square reached its final and current form, it was inaugurated in that year. It was also in this year, when the Twin Fountains (Font Bessones in Catalan) were inaugurated.

Currently this place has not lost any of his strength and character, is still frequented by thousands of tourists and many Barcelonese daily. Its excellent communications metro, train, rail and buses) and central position makes this the chosen place for citizen protests, celebrations of all kinds and concerts.

Tip: Enter to “Corte Inglés” shop and go to the restaurant on the top floor where you will have an excellent view of this epic square!