In the year 2002 archaeological excavations in the Fruita street corner with Sant Honorat street, gave the pleasant surprise of these findings:

In this space we can see some parts of a large Roman Domus (single-family house) and part of shops and storages from the IV century, property of a very rich and important person.

The house is formed by a central garden with several tanks containing water and plants, that provided access to the different rooms. Almost of this rooms are decorated with polychrome mosaics and paintings. The house had its own private baths. The house’s decoration and its location, as well as its size which must have taken up the entire block, suggests that it must have been home to one of the city’s most notable families.

Over the years, the domus was subjected to successive transformations and divisions. In medieval times, large silos were dug in this spot for storing grain within the area of the Call (the Jewish Quarter). Today it shows us the highlights the economic and commercial vitality that the Barcelona’s Jewish district had during the 13th century. 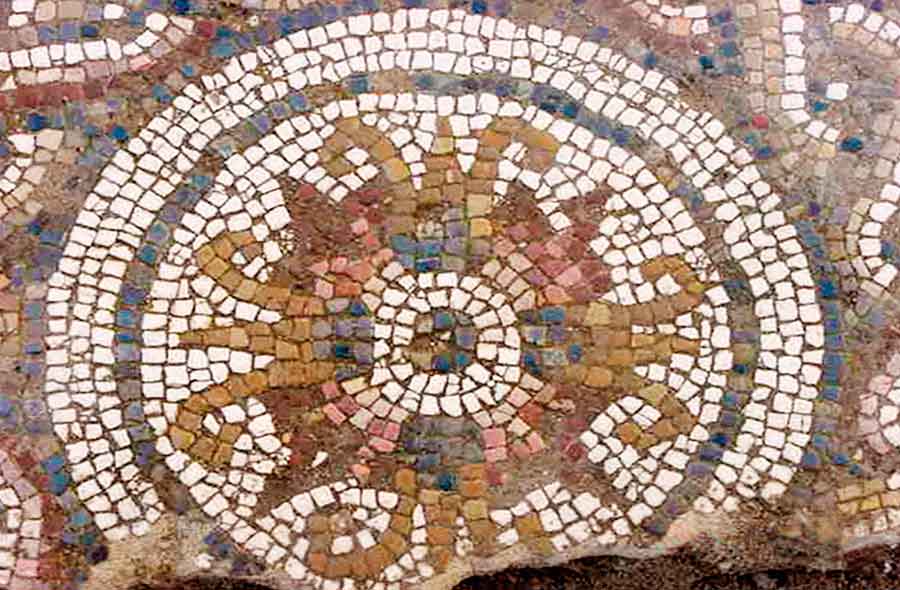 In 2010, this new archaeological site is opened to the public, located next to Sant Jaume Square. The architectural project of Josep Llinàs includes a route that allows to see its most outstanding elements, thanks to the installation of a footbridge we can cross the archaeological site.

For rest of day not for free: DOMUS SANT HONORAT