In the Vila de Madrid Square, just a short walk from Las Ramblas in the Gothic Quarter, the old Roman cemetery can be found. This so-called necropolis was installed outside the medieval walls alongside one of the most important access roads to the city Barcino. The location was because it was unthinkable for health reasons placing the cemetery inside the city and by Roman law cremation and burials were forbidden within the city.

The convent of Santa Teresa de les Carmelites of Barcelona (that was placed here many centuries later) suffered the same fate as many others in 1936: it was completely burned during a revolution. When the city hall wanted to convert the convent-area into a garden, they stumbled upon the remainders of the Roman necropolis.

Today you can visit around 70 tombs of the 2nd and 3rd centuries AD. These tombs are built in stone with a bath form, a widely used way among people of middle and poor class. 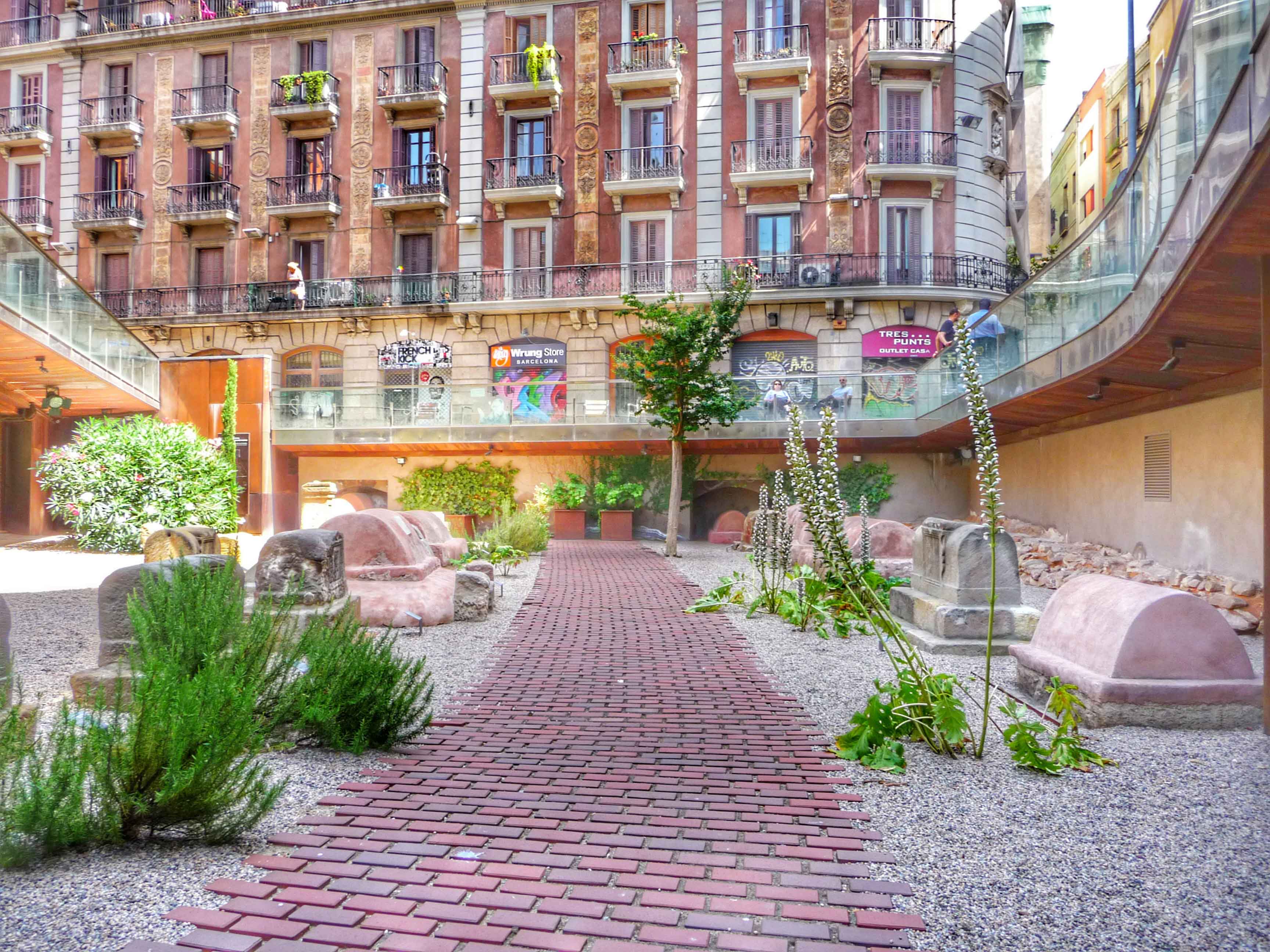 Currently works that is being done at the Maritim Drassanes Reials Museum revealed another Roman necropolis from which nothing was known so far. It is dated between the 6th century AD and DC and about 36 tombs have been found. Some are simple pits while others are like a small mausoleum. Only once the works have finished we will be able to visit them.